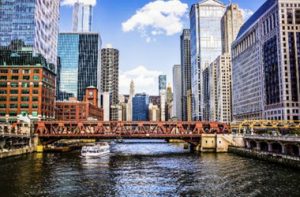 Chicago is one of the best cities in the world to check out great architecture and the Willis Tower, and the Cloud Gate are just two of the attractions of the Windy City. Architectural legend Frank Lloyd Wright was from Chicago, and you can see his laboratory as well as his home studio and home in a fascinating tour.

Obviously, you have to put the Big Apple on the list of great architectural cities to check out. The city has fascinating architecture, and the biggest building in the city is the Freedom Tower. Other things to see are the Empire State Building, Time Square, the Chrysler Building, Central Park, and Rockefeller Center. 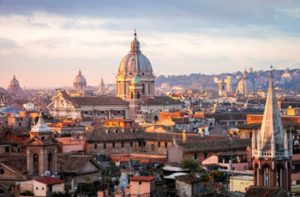 Fir ancient architecture Rome is one of the most interesting cities in the world to visit., So, they took many aspects of their architecture from the Greeks, but that is pretty common, especially in ancient times. The awesome Colosseum has to be the first and foremost thing to see in Rome. It was constructed in 72AD, and its architecture and engineering wereahead of its time. Other things to see in the city include the Vatican, the Baths of Caracalla, the Pantheon, the Aqueducts, and the Temple of Vesta.

If modern architecture is your cup of team than a trip to Shanghai should be high on your list of cities to see since it is well known for just that. The tallest building in Asia is in the city in the Shanghai Tower, which is 121 stories, as well as Jin Mao Tower, the Shanghai World Financial Centre, which are a couple of other of the tallest buildings on the continent. The Shanghai Grand Theater, Oriental Art Centre, and Shanghai Grand Theater are all modern architectural marvels as well. 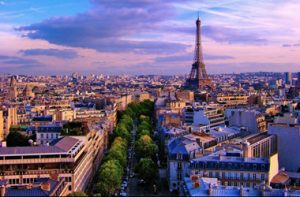 Paris has great architecture all around the city and is well known for some of the best French Gothic architecture. The City of Light has no lack of great attractions for the lover of things built, and many of them are the top tourist attractions as well. Just a few of the wonders around the city are Notre Dame Cathedral, the Louvre Pyramid, Arch de Triomphe, Sacre Coeur Basilica, and obviously the Eiffel Tower.

Cairo is an amazing architectural city and is has so much more than the Great Pyramid of Giza. However, that is a site to behold and is the biggest of the three pyramids and the only one of the Seven Wonders of the World that is intact. Other attractions in Cairo include the International Stadium, Yocubian Building, Cairo Opera House, and the Cairo Tower.