Until its opening, it was known as Burj Dubai. The name changed to honour Khalifa bin Zayed Al Nahyan, the president of the United Arab Emirates. His government lent Dubai tens of billions of dollars at a time the state was deep in debt of about $80 billion. Here are some records it holds: the tallest freestanding structure,  building with the most floors at 211 ( 156 usable floors, 46 spiral floors, two below ground parking levels and nine maintenance levels). It has the highest open observation deck, highest nightclub (144th floor) and restaurant (122nd floor). The following are some of the six world records it holds. 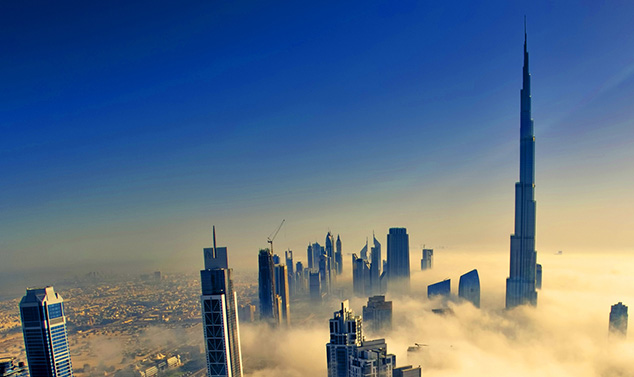 Excavation started in 2004, and by June 2006, the building had 50 levels. By July 2007 approximately 1,325 days since excavation work, the team had achieved 141 floors to make it the world’s tallest buildings.

Over 110,000 tonnes of concrete were used for the concrete and steel foundation, which consisted of 192 piles buried for more than 50 metres. It also took 22 million person-hours to complete the project. Each day there were about 12,000 workers on sight. The number of engineers and technicians involved was more than 380.

The tower also has the highest installed aluminium and glass façade. The team would install about 20-30 panels per day at the early stages of the project, and they progressed to about 175 panels. About 31,400 metric tonnes of rebar went in the tower. 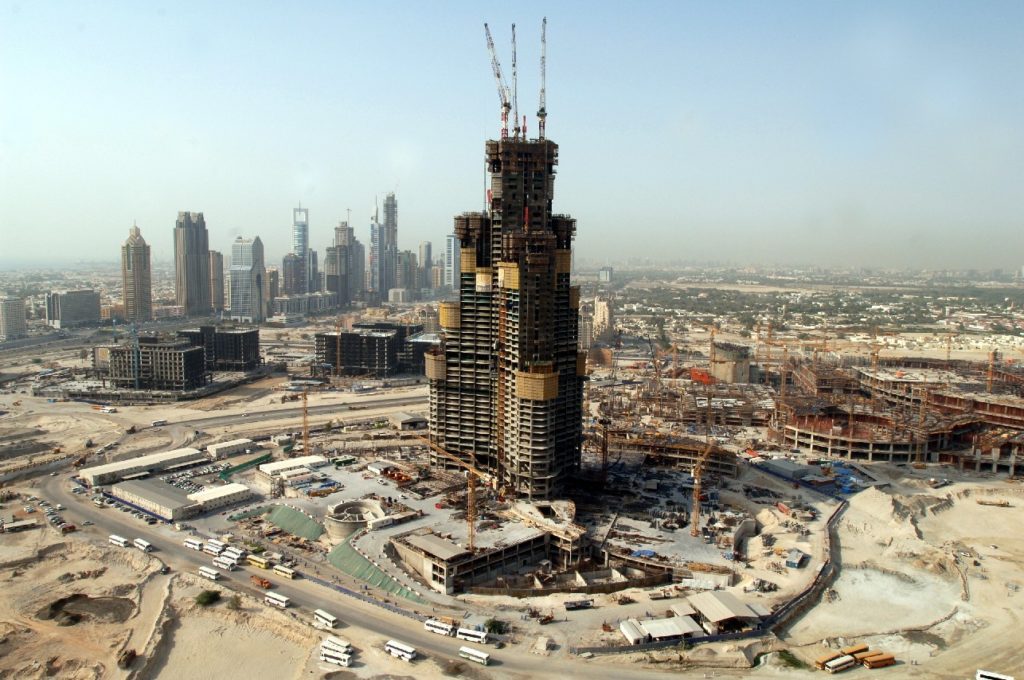 Planners first aimed to make the Burj Khalifa entirely residential. However, this changed to accommodate mixed use. Skidmore, Owings, and Merrill came up with the original design. Another major contributor was Fazlur Rahman Khan who invented the bundled tube design. This allowed the building to consume about half of the steel used for the Empire State Building. The inspiration for the design came from Islamic architecture.

It spirals from the ground with mass decreasing as it rises. The model underwent numerous wind tests for maximum performance in the wind. The external cladding composed of aluminium can withstand Dubai hot temperatures. During the construction, the engineers added stainless metal fins to highlight its height.

The design team also solved problems of ventilating the tall building by drawing air at the top of the structure. Other innovations include the condensate recovery system, smart lighting, and energy optimisation systems.

For the last six years, Burj Khalifa has played an increasing role in Dubai’s Tourism and skyline. You can see the building 90 kilometres away, and the sun remains visible to the residents at the top for several minutes after it sets. It is home to the five star Armani Hotel that occupies fifteen floors. The building has swimming pools, 900 private apartments, cooperate suits, 57 elevators and more. From the group floor to the 160th floor, there are 2,909 stairs. Overall, the Burj Khalifa is the masterpiece of the 21st century.