In medieval times, castles were built to serve different purposes. There were different structural architecture and landscaping architectures that were adopted during the construction of various castles. These different architectural designs were essential for the establishment of long-lasting castles that were built in Europe and several other continents around the world. The need for building these castles in different parts of the world arose as a result of increased warring tribes and many invaders.

The constructor’s main aim was to ensure that the surrounding areas were fully protected. Therefore the selected grounds where they were to be built were raised so as to ensure a good surveillance of the areas that were protected. These were mostly areas known for a rich supply of bronze and iron. One of the most widely known Iron Age fortifications was the maiden castle in Dorset.

The Maiden Castle in Dorset 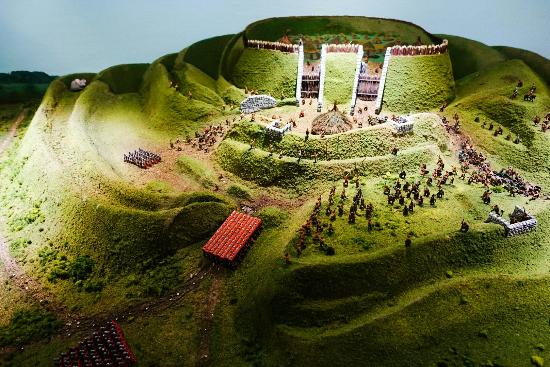 This is the most famous iron-age fortress that was built in Britain. The site is classified as a castle, but physically, it is just a hilltop enclosure that is defended by very high banks and ditches. The castle occupies up to 47 acres and has banks that are up to 80 feet high. The term maiden as used in the description of the castle means a great hill which is rendered a principle fort. The works on the site started more than 3500 BCE. Later as the castle was being used, there was a need to have a bank barrow added. The barrow that was added was 1800 feet and was done approximately 350 BCE after the hill was turned into a fully fledged hill fort.  The decision to make the hill a fully fledged hill fort was reached after the Durotriges tribe saw the need for the move. Being the then most dominant tribe, this was unanimously agreed.

The castle was later besieged in 43 AD under the ruling Vespasian. Up to 40,000 sling stones were stolen. In 1937, up to 38 graves of the defenders were discovered around the site. This was at the eastern entrance. Each of the persons who were killed was given a joint of meat and beer so as to take with them after the life. In the 4th century, the rulers erected a small temple that was set within the boundaries of the fort. To date, the foundations of the small temple can be seen at the site.

The maiden castle is open for viewing at reasonable times around the year. Entry is free.