Prussian landscaper Peter Joseph Lenné was born in a family of castle gardeners. Learned from big names in early 19th century landscape architecture, he became a fine connoisseur of plants. Lenné created Park Klosterberge in Magdeburg, one of the first public parks in Germany. However, his major works were to redesign the park at Sanssouci in Potsdam and the Tiergarten in Berlin. Lenné has the ability of mixxing utility and beauty as well as extensive botanical knowledge. Up to now, he still remains as a source of inspiration for many artists and landscape architects.

When thinking of the iconic American landscape architect Frederick Law Olmsted, most of us think of the Central Park of New York City. But in fact, he was a man of many passions and studied engineering, agronomy, and journalism. Olmsted was passionate about nature as well as its preservation. He played an important role in the protection of nature. He created the Niagara Reservation in association with Calvert Vaux (1824-1895). Besides the Central Park, Olmsted left his footprint on many parks and urban projects such as the grounds of the U.S. Capitol. 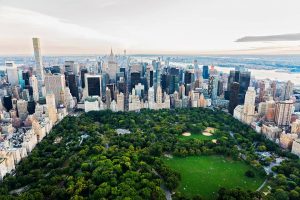 English landscape architect Gertrude Jekyll was one of the first famous women in the profession with most contribution residing mainly in the publication of many articles and books that focused on her research into landscape compositions. Her creations showed the importance of color balance, proportion, and the use of textures and fragrances in plantations. During her career, she created up to 400 gardens in England, and some in America and Europe, but few have been preserved. She was also passionate about creepers and roses and Rosa Gertrude Jekyll was named in her honor.

Geoffrey Jellicoe is an English landscape architect and theoretician, who had a vast knowledge of landscape history. In 1948, he became the founding president of IFLA – the International Federation of Landscape Architects. Some of his projects such as the Kennedy Memorial at Runnymede are significant works of landscape architecture.